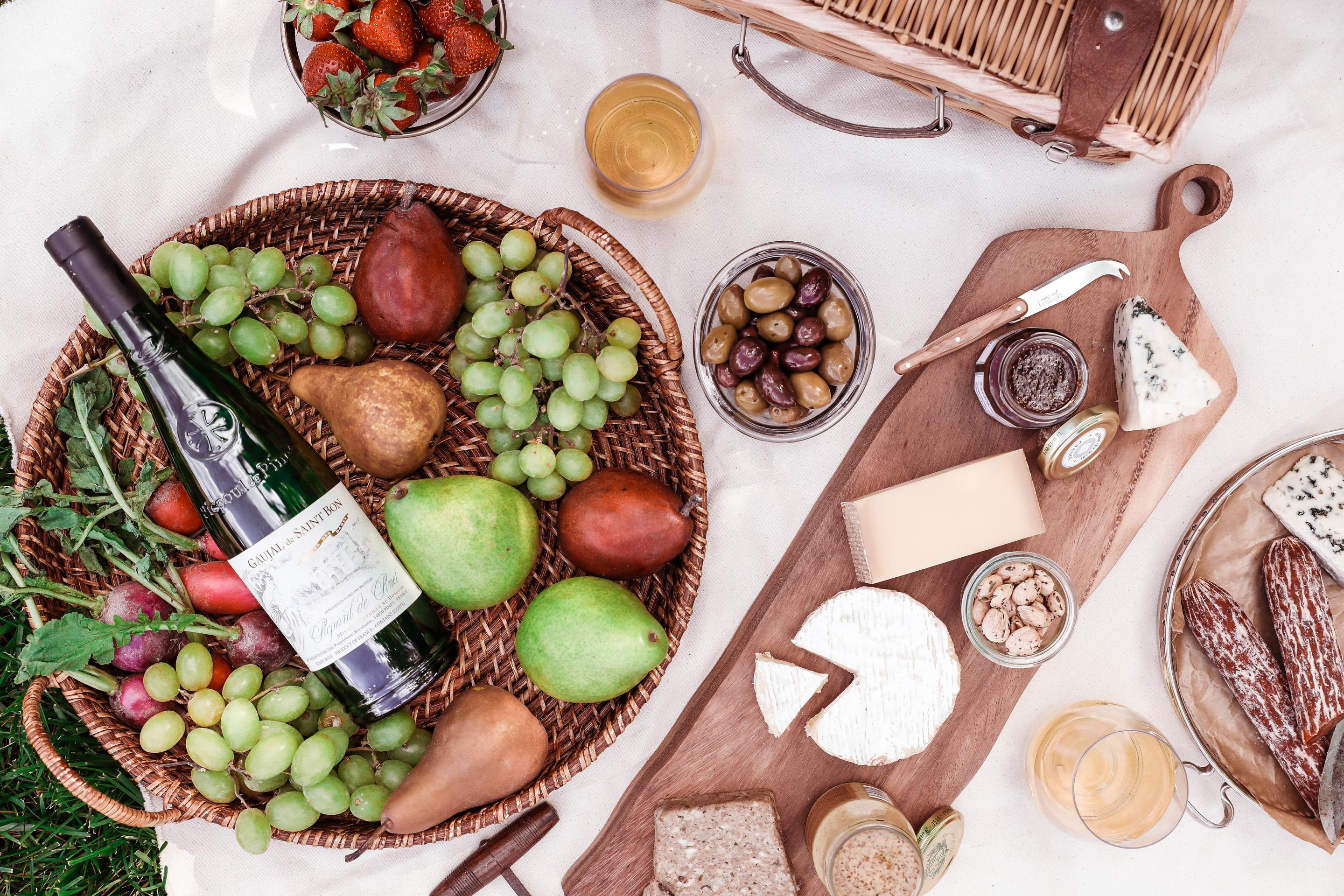 Sharing good food in the great outdoors—one of life’s most idyllic moments. It’s a beautiful concept shared by people everywhere, from a Hawaiian luau at sunset to an afternoon New England garden party. Now is the time to rediscover this most beautiful tradition!

Particularly in France, picnicking is the fabric of summer pastimes. I once wrongly assumed they borrowed the word from us, you know, as they did in “Le week-end.” Rather, it seems we adopted our English word “picnic” from the French “piquenique,” referenced as “a picking or nibbling of bits.” The etymology is fun, but the eating is even better! A French picnic is elegant, tasty, and beautifully simple.

The French have always loved to eat outside. Over a century ago, Renoir captured the joy and camaraderie of it all in his famous painting Dance at the Moulin de la Galette. Do a search for images of “Paris picnic” and you’ll see that outdoor gastronomy remains alive and well in French culture. If you do find yourself in Paris and are in the mood for creating your own fête en plein air, there are numerous venues to choose from. To start, head to the 7th district street market on La Rue Cler for baguettes, cheese, charcuterie, wine, and other provisions. A fifteen-minute walk in one direction is the large grassy field at the foot of the Eiffel Tower, the Champs de Mars. Or, even closer in the opposite direction is another sprawling lawn framing Napoleon’s tomb at Les Invalides.

Pending a trip to Paris … why not kick off a great summer with a picnic at one of our area’s appealing venues? We did just that at John Bryan State Park recently on a particularly pristine Sunday. We took a little hike to work up the appetite, and rewarded ourselves with crusty bread, cheese, fresh fruit, and charcuterie.

Indeed, French food in particular is so well suited for picnics, including ones here in southwest Ohio. The basic elements are bread, cheese, charcuterie, fruits, crudités, and summer beverages 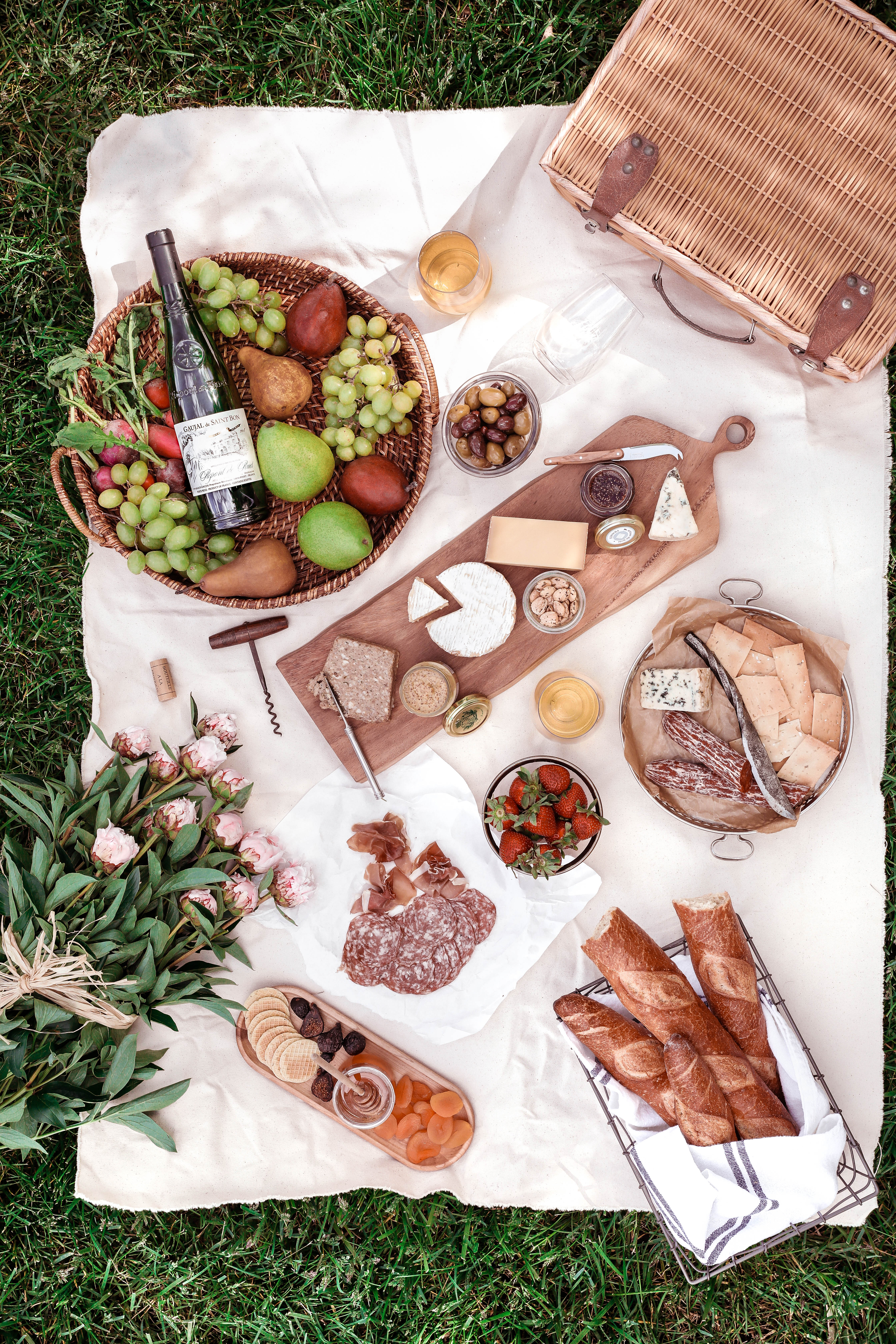 Bread is obvious. We love our DLM Artisan French Baguettes for picnics, as well as its little sibling, the thinner, salted Ficelle. For heartier sandwiches, grab a loaf of Miche, which is our take on France’s hearty, crusty sourdough bread.

Stone fruits and strawberries are now in season, and they are perfect for a picnic. It’s always nice to cut them into quarters and serve alongside the cheeses. As for crudités (veggies) such as carrots, celery, broccoli, asparagus, and cucumbers, they are good raw, but even better blanched. Immerse for just a few minutes in salted boiling water, and then transfer to ice water for a minute to stop the cooking. Rinse and dry before packing in your picnic basket, and bring some of our Deli’s homemade dips.

For beverages, we have everything from our refreshing DLM Natural Spring Water to Lorina’s French lemonade (mix lemonade equally with a lager to make a French summer favorite called panaché) to abundant choices of wines for summer. Voilà … let’s go on a pique-nique!