About Us | Dorothy Lane Market

In August of 1948, Calvin Mayne and his partner Frank Sakada opened the first Dorothy Lane Market at the corner of Far Hills Avenue and Dorothy Lane, in Oakwood, on the south side of Dayton, Ohio. They started out selling mostly fruits and vegetables, and some meat and groceries. Calvin and Frank would personally greet most of their customers in those days.

In 1960, Calvin bought Frank’s share of the business. In the late 60s Calvin’s son Norman, at 23 years old, took over the day to day operation. From there, he refocused on selling great food. For most of the company’s history, the majority owner was Calvin’s wife and Norman’s mother, Vera Jane Mayne. She strengthened the company’s values of integrity and service to the community. She often said “Always do the right thing.”

Today, Dorothy Lane Market, with locations in Southwest Ohio, plus a growing national online presence, continues to be locally owned and operated by Calvin and Vera’s descendants. Our stores are known for quality and excellence, and are a haven for those who love good food. Dorothy Lane Market has been recognized for great food and service in national publications, including The Wall Street Journal, Fast Company, and Gourmet Retailer.

Be a Part of Our Story

People ask what the secret sauce is to DLM. Sure, there’s that touch of gourmet in addition to the everyday infused throughout every department. But ultimately, it’s the people that make DLM so special, from our customers to our family of associates. Thank you for being a part of our story.

On August 12, Doors open to Dorothy Lane Market, a fruit stand on the corner of Dorothy Lane and Far Hills Avenue in Dayton, OH

Killer Brownie® makes its debut and the first brownie is sold

Meat department makes a commitment to proteins free of antibiotics/ hormones/steroids, fed a vegetarian diet, and in strict accordance to animal welfare standards well ahead of the rest of the industry.

Hear what our customers are saying:

Dorothy Lane Market is a company of three well-known gourmet supermarkets, and continues to be locally owned and operated by Calvin and Vera’s descendants. The stores offer all the staples with an emphasis on healthy and specialty foods. The company has been recognized for great food and service in national publications as well, including The Wall Street Journal, Fast Company, and Gourmet Retailer. 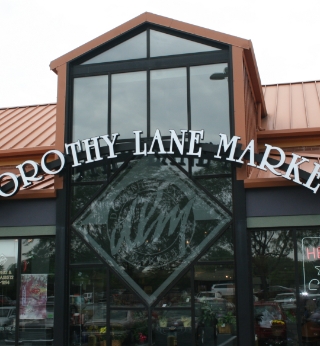 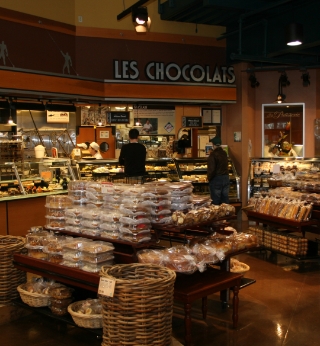 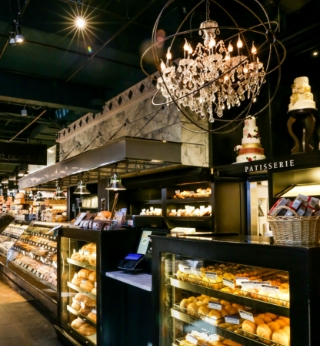