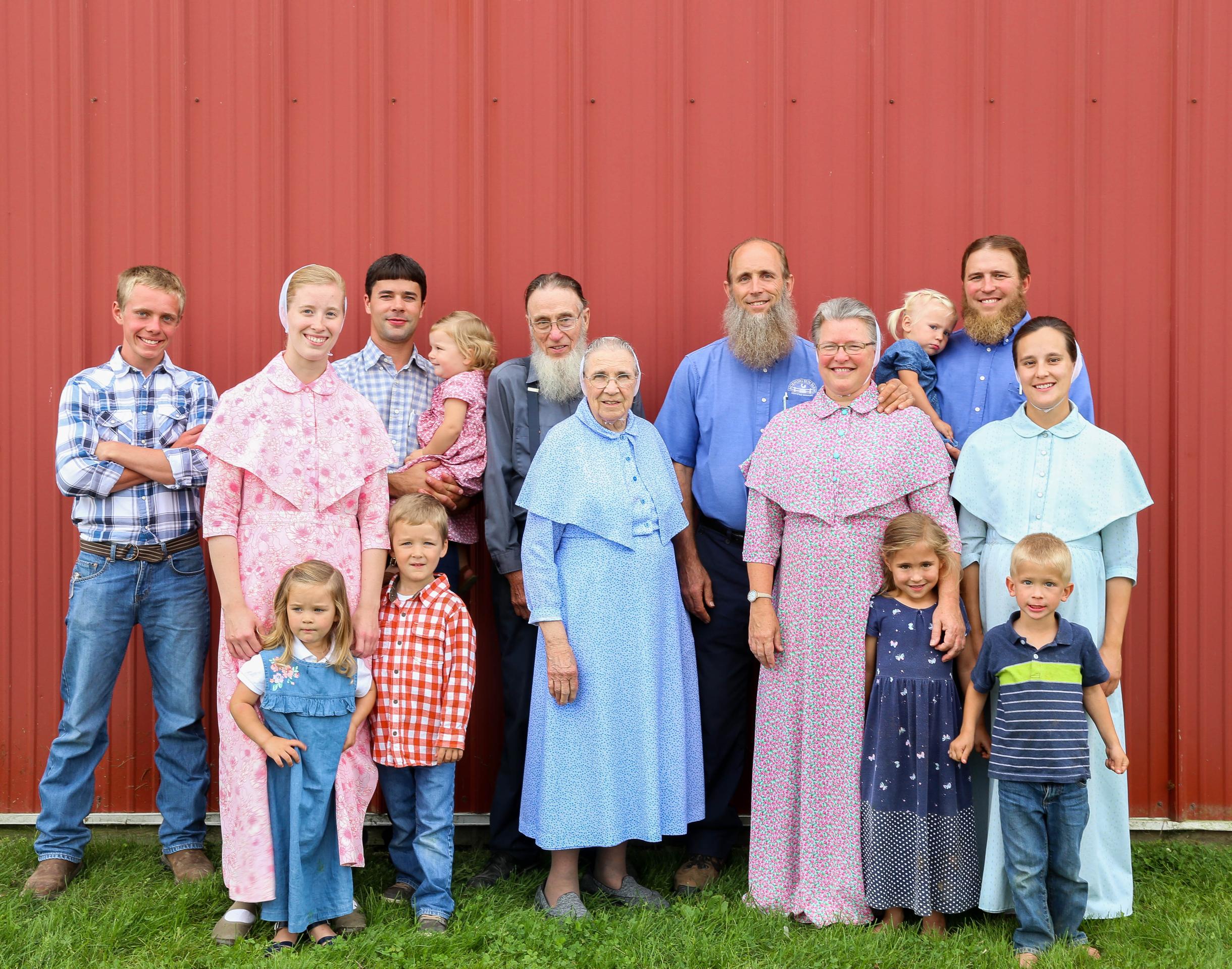 The Secret Behind a Good (Organic) Egg

The drive out to Morning Sun Organic Farm, located near West Alexandria, Ohio, to learn the secrets behind their organic eggs weaves through hilly, quaint towns on a beautiful autumn day. Our mobile directions fail us and we concede to the fact that we’ll be late to joining the lunch invitation extended by the Filbrun family. We get back on track after the technology fail. Soon, we are heading down the long driveway toward the Filbrun family’s farm, where we are then warmly greeted (despite being late) by both the scenic farm and our hosts, the Filbrun family. The kids run to and fro, with the youngest finding solace from the myriad of new faces (a group of us from DLM, including the Dairy managers) in the arms of her grandfather, Dale Filbrun. I quietly reach my hand into my pocket and switch my mobile to silent, not wanting the interruptions that come with it as we spend time with these kind people.

DLM has had a relationship with Morning Sun Organic Farm for more than 20 years when Dale walked into DLM Oakwood with a dozen eggs and introduced himself to Larry Fourman, DLM Oakwood’s longtime Dairy manager. The yolk of a longtime friendship with DLM started that day.

Dale and his son Daren explain that the purpose of their invitation, beyond sharing our company over a meal, is transparency in how they do things. There is a purity that shines through as they delve into their belief of their product and practices. With great pride, they walk us through the inner workings of their 160-acre farm, where they have about 8,500 chickens laying approximately 7,250 eggs per day. The chickens are certified organic and cage-free, meaning that the numerous red barns that line the West Alexandria farm each have multiple openings with fans running constantly, allowing for ample ventilation, and open access to green space where the chickens can roam. 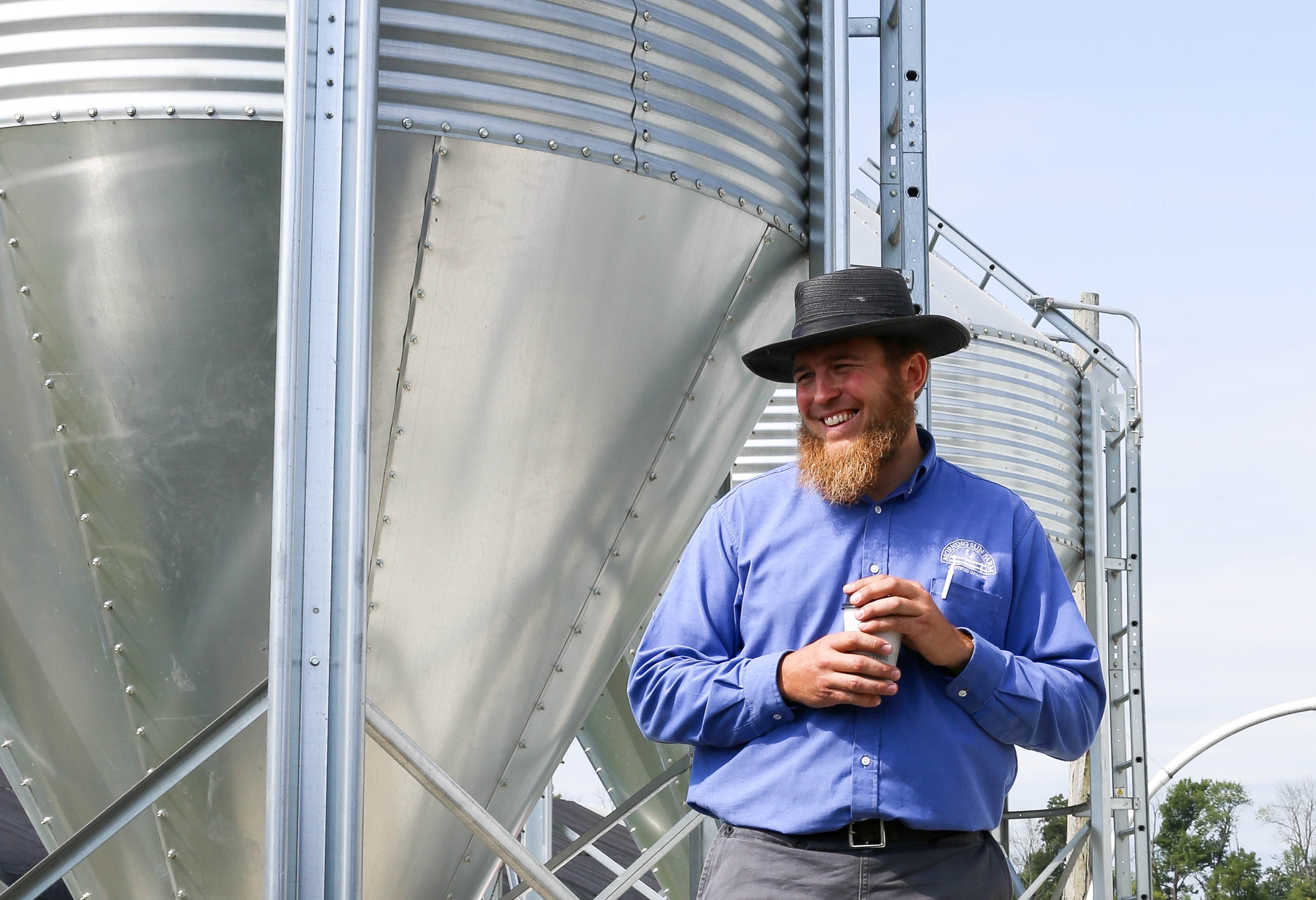 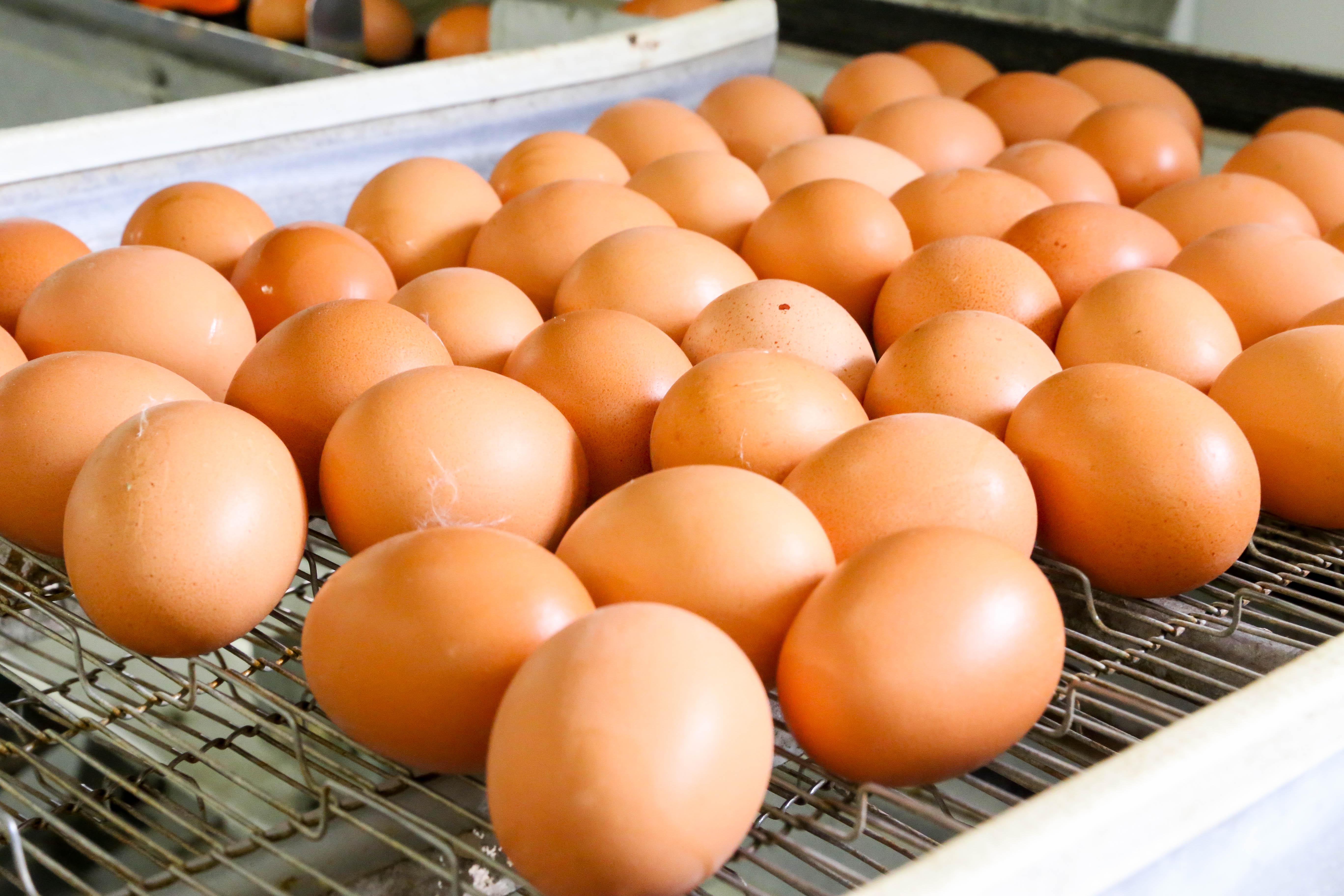 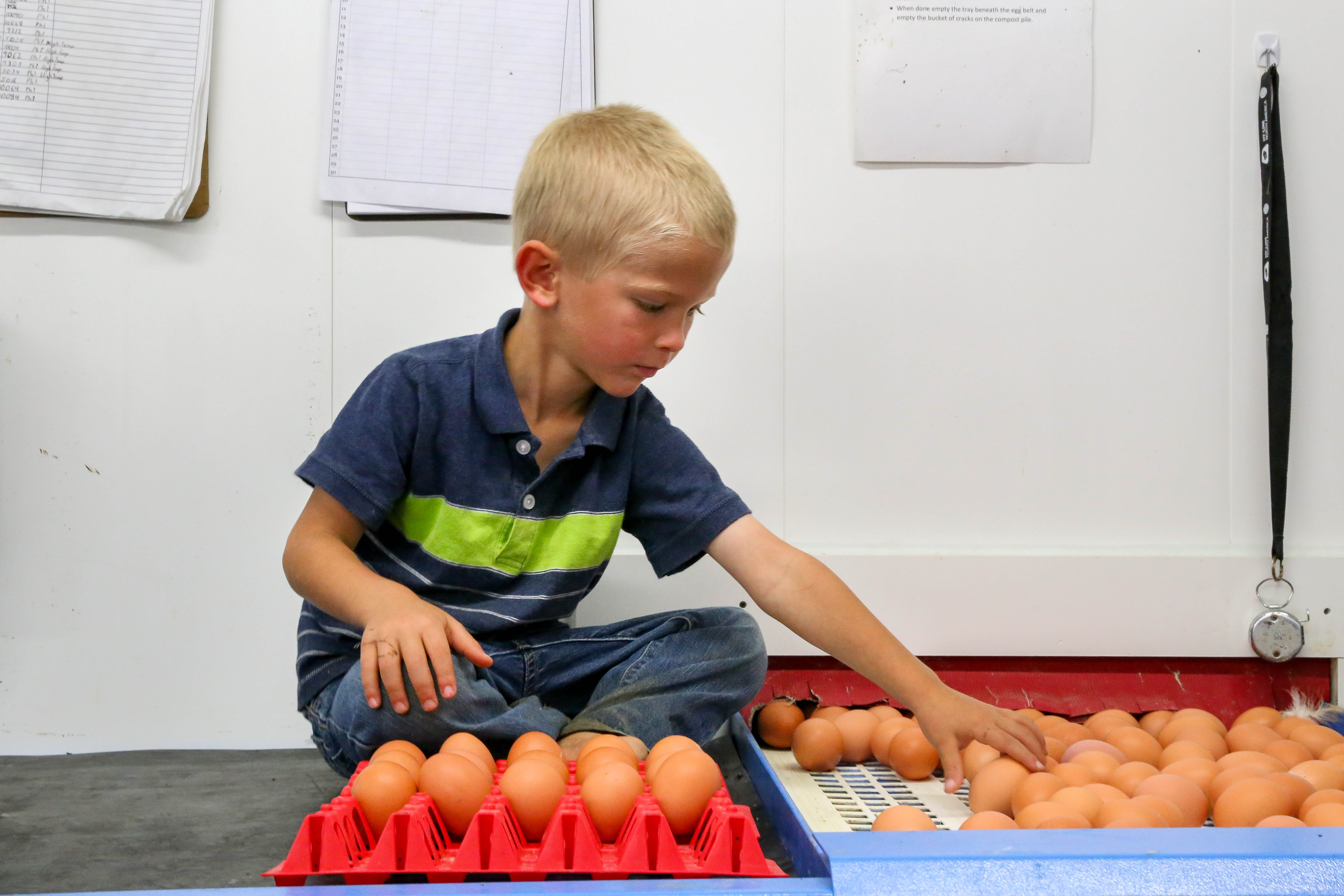 The natural feel of chickens clucking contently marries well with some modern advancements that the Filbruns have made over the years, like a conveyer belt that brings the eggs laid in nesting houses to a gathering spot. Young Daniel, age 4, doesn’t hesitate to take a break from playing to jump up and begin carefully placing the eggs in carriers. Nobody asks him to do so; he just saw the eggs and his eyes lit up, happy to help in his own way. As a parent, I can admire the sense of responsibility these children are learning. Although these tasks are carried out on a daily basis by the adults, the lifestyle is a part of them.

“We used to be washing the eggs by hand,” Daren remarks, as he carries Daniel’s sorted eggs to a machine that carefully suctions the top of each egg so that they can be cleaned. They then travel down a line to undergo a process called candling, where a bright light shines through each egg, and they’re sorted for quality and (hence large vs. jumbo), and then finally packaged. Next step is delivery, with Morning Sun Organic Farm bringing their eggs to pockets of restaurants and retail locations, like ours. 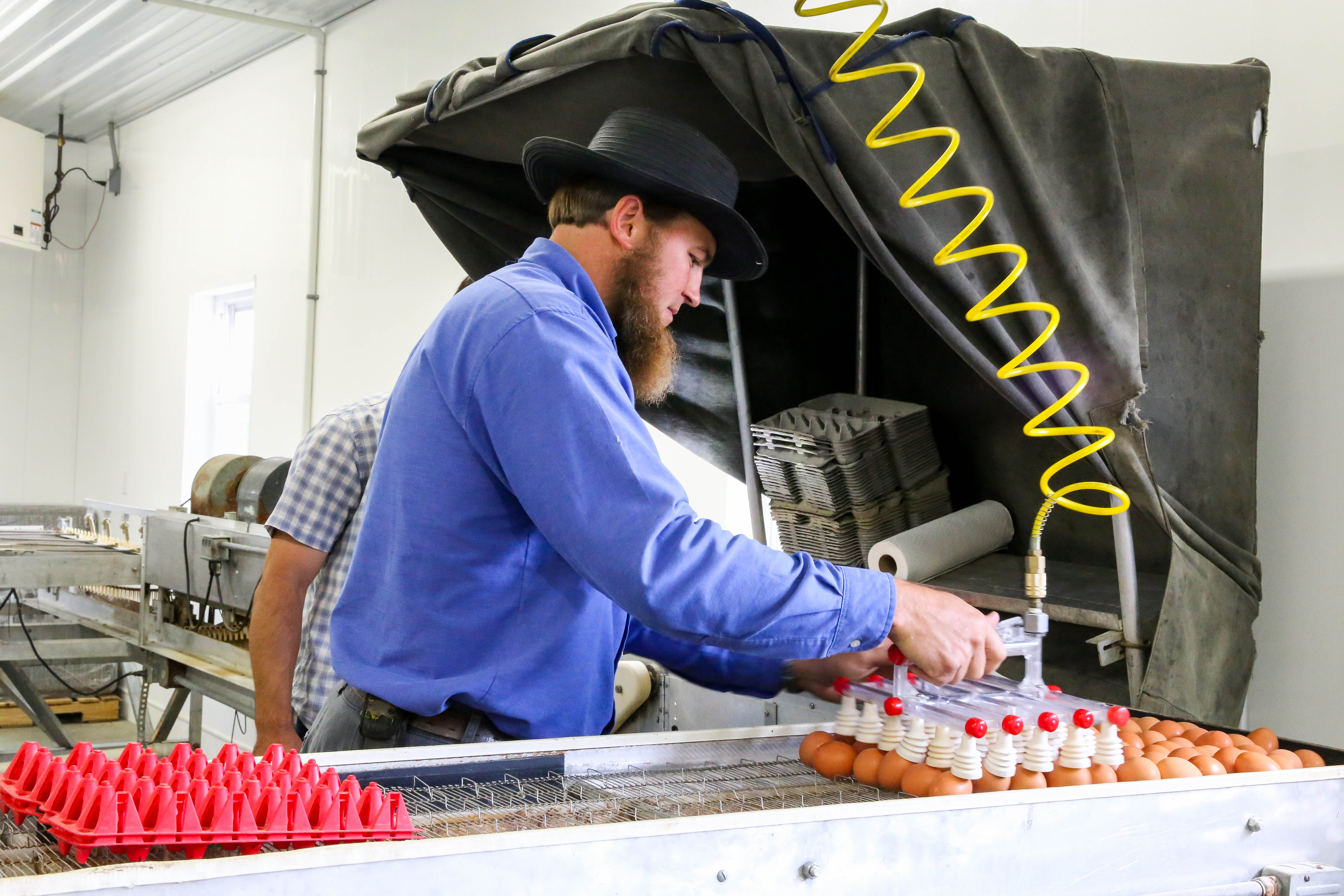 THE SECRET TO A GOOD EGG

Daren points out how nicely the chickens are feathered, noting that they aim to not overcrowd the individual areas. In addition, each of the red barns where the chickens lay eggs has its own designated pasture, rather than a shared one.

Dale is quick to add that a good (organic) egg starts with a happy, healthy chicken, which is the result of its environment, even down to the soil. “In addition to scratching in the pasture for bugs and worms, they also get organic (and therefor non-GMO) grain raised by us,” Dale says. “We have been following the organic standards since 1992, before it was popular, because we believe in raising nutrient dense food, whether it’s for my family or our chickens.” By doing so, he says this gives Morning Sun total control over what the chickens are fed—whole grains and no animal by-products. “That’s very important,” Dale says.

After touring the farm and meeting the family and team behind Morning Sun Organic Farm, I notice one more hidden layer to what makes a good egg—the Filbrun family. Together at lunch sit four generations, from Dennis and Doris to Dale and Evelyn, Daren and Holly, and their children, joined in business as well by good friends Shane, Ellen, and Myron. Evelyn’s contagious laugh lights up any room and the kids contentedly play all the while while we enjoy conversation. As Dale says of the chickens, “birds of a feather flock together,” and so does this close-knit family.