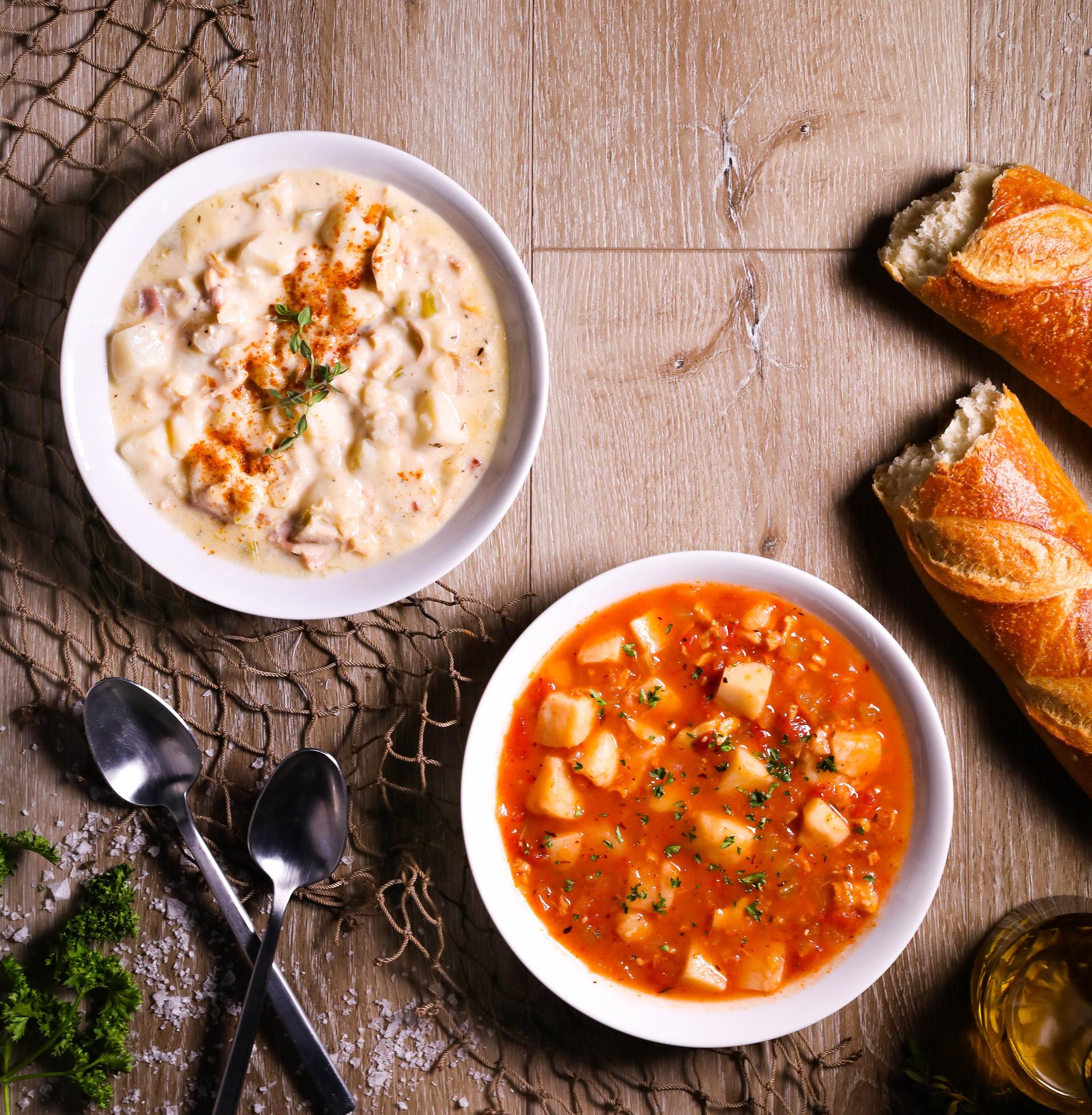 New Englanders take serious pride in their New England clam chowder, which you can easily find being slurped up at lobster shacks and roadside diners as well as top-rated restaurants. The famed cream-based soup has been around for a long time, being served in Boston in the early 1800s at the Union Oyster House (one of our country’s oldest continuously operating restaurants).

But the rivalry started when a Manhattan version was created in the 1930s that was tomato based. It caused such an uproar that in 1939, a bill was introduced in Maine to ban the use of tomatoes in clam chowder. It did not pass and has been an ongoing debate ever since. 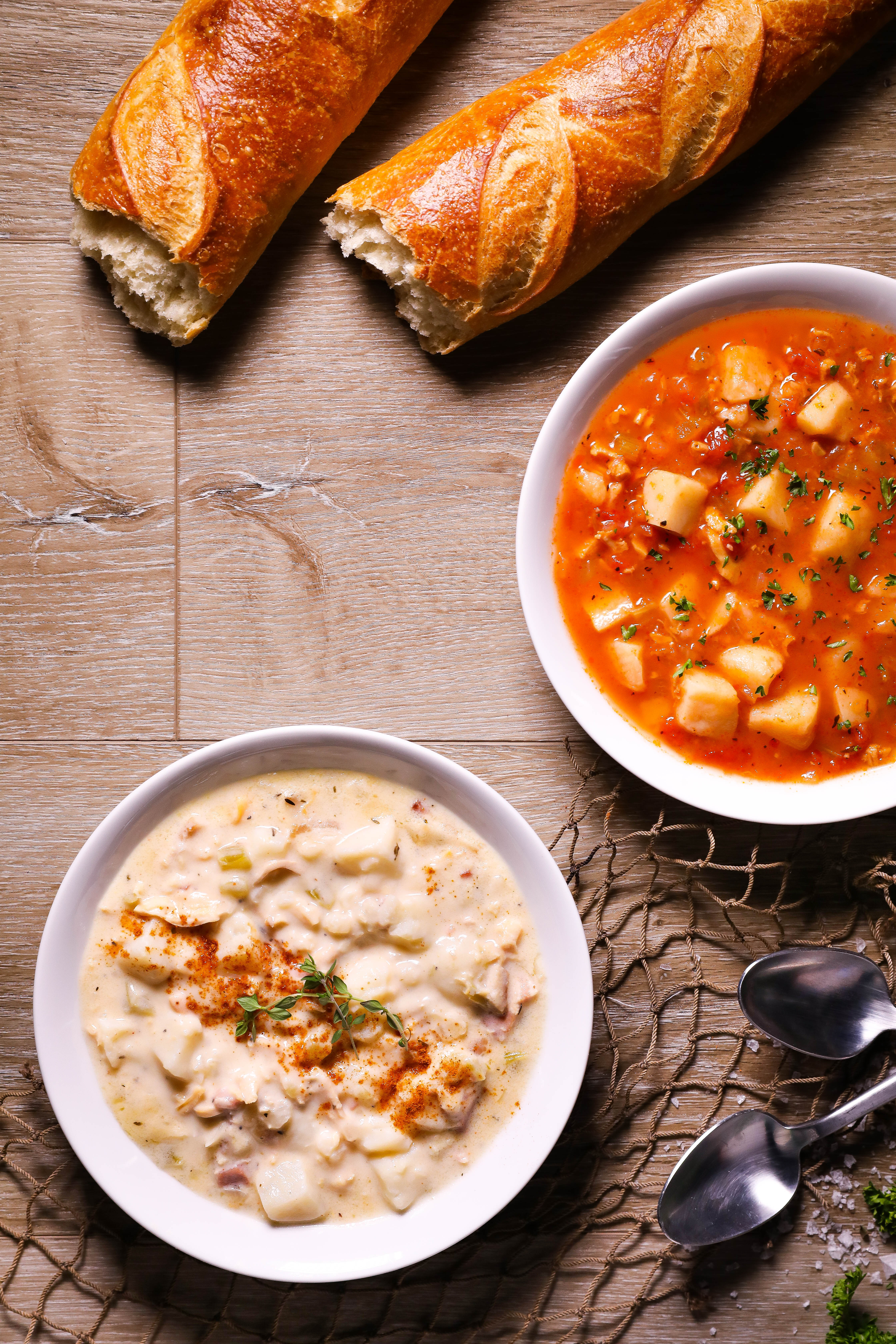 The difference is visible—there’s no mistaking the two. Both are delicious and have the briny, sweet flavor of clams. The New England version tends to be richer and thicker whereas the Manhattan chowder is more vegetal with a lighter, more brothy base. I love that both styles can support my habit of using plenty of hot sauce and oyster crackers!

Look for our Made Right Here take on these soups as they are featured in our Seafood department.