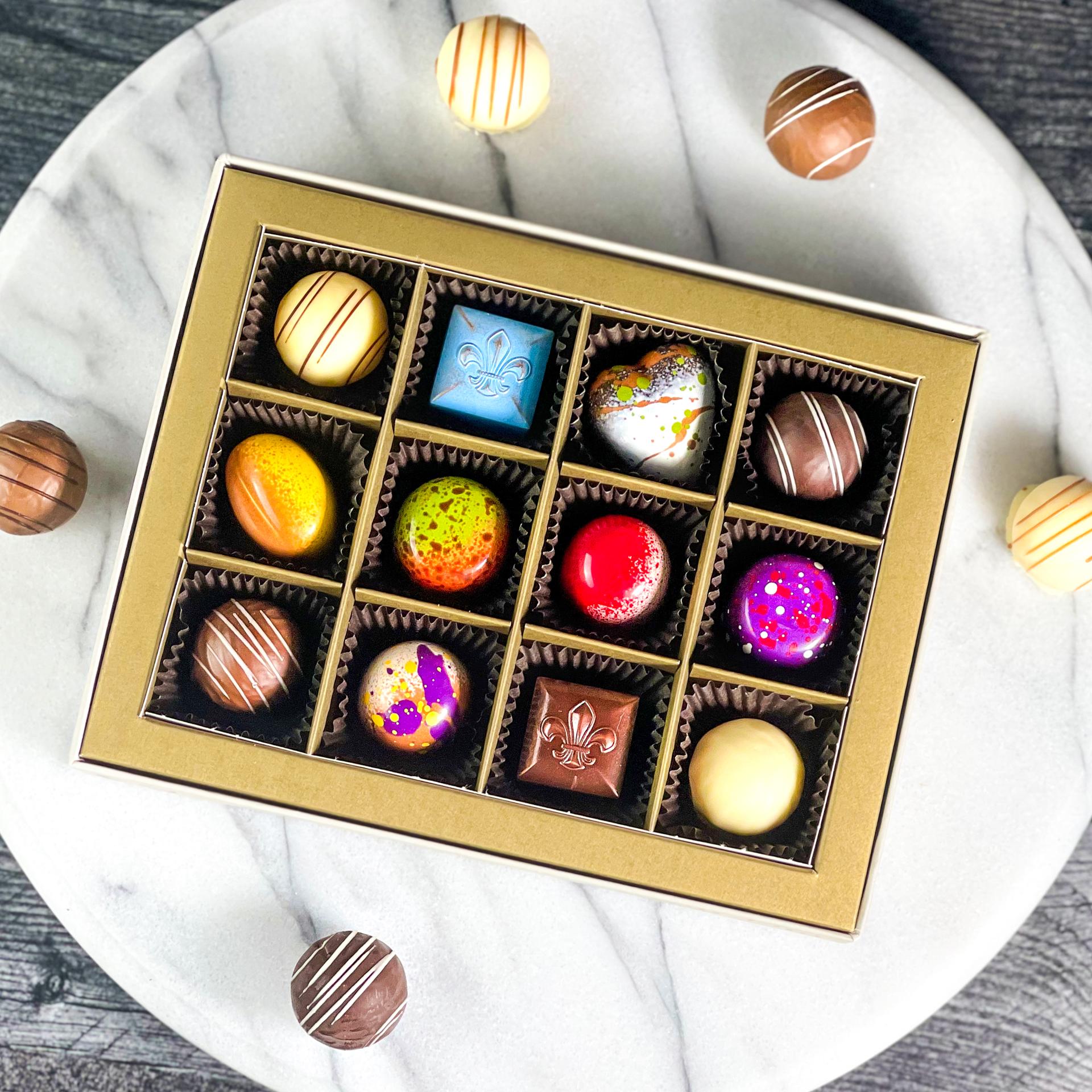 20 Years of Partnering With Ghyslain Chocolatier

There's something to be said about a long-lasting business relationship in this industry that feels more like a well-oiled friendship. It was nearly 20 years ago that Ghyslain Maurais, chef and renowned chocolatier, crossed paths with DLM'S Scott Fox, VP of Bakery & Coffee Bar. "It's been quite a ride," says Ghyslain. Watching the two interact, you can see that friendship at play as they jest and riff off one another's creativity. Scott looks back on the start of it all around this time in 1999, and he knew that he had found a gem, not just in finding a unique product to bring to Dorothy Lane Market but in linking arms with a brilliant local partner with world class experience. 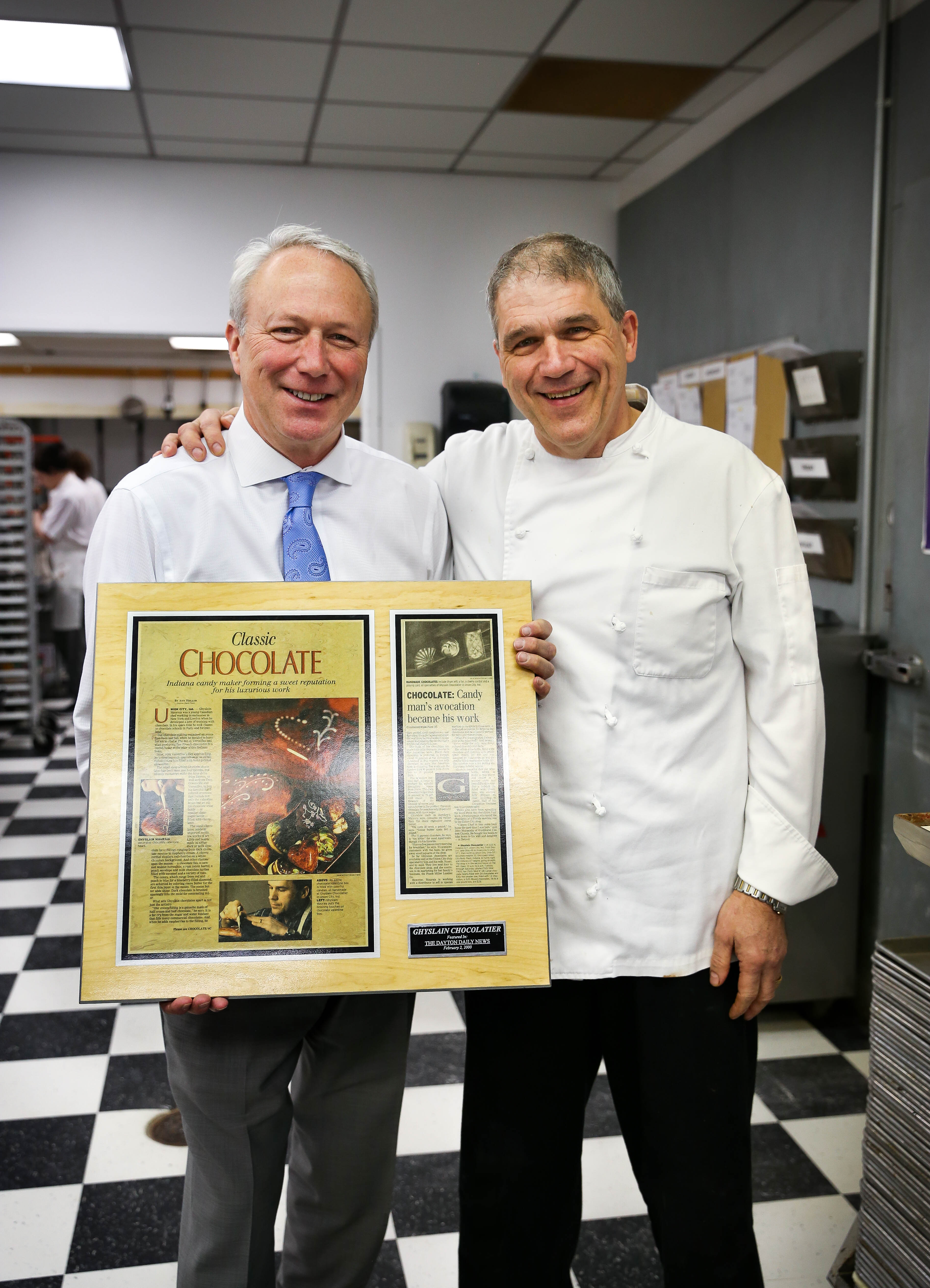 Ghyslain Chocolates are stunning handpainted creations, many with a flavored ganache encased inside. Each is truly as spectacular as Ghyslain himself. Born in Québec City, Ghyslain spent several years as the head chef for the Québec ambassador at the Canadian Embassy in London and also in New York City. After using his vacation time to expand his knowledge and study chocolate making in Zürich, his creativity was truly unleashed in new ways at the embassy.

In the mid-nineties, Ghyslain was eager to make his way to the U.S. and saw a head chef position for the Ohio-based Inn at Versailles, which is heavily influenced by French culture. It was there that he met his wife Susan. The two moved to Union City, Indiana, where Susan's family was from, and Ghyslain started making his chocolates from the kitchen of their farmhouse in 1998. Today, Ghyslain Chocolatier is a thriving business there in Indiana where he creates everything from chocolates to perfect croissants, which we also carry.

Dayton Daily News food critic Ann Heller caught wind of Ghyslain and wrote about him in 1999. Fox had to taste the chocolate and meet Ghyslain, and this was the start of our 20-year relationship.