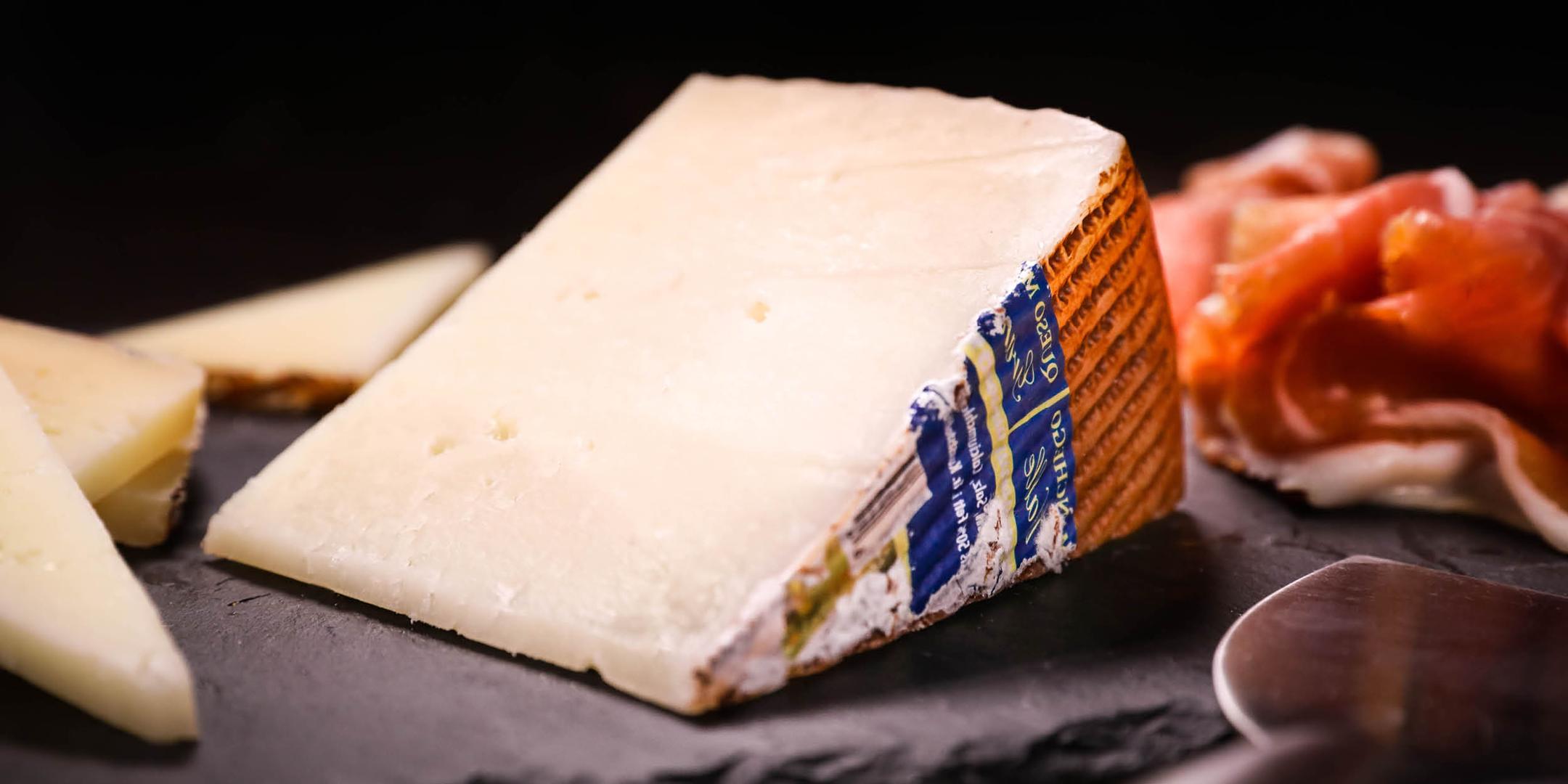 One fine, brilliantly sunny day in July of 2019, we crammed into a Euro minivan in Madrid and headed for a day trip to the historic city of Toledo, Spain. But first, we had some food tourism to do with a stop at the dairy that makes one of our all-time favorite cheeses—manchego. As its name implies, manchego is from the La Mancha region of Spain. Yes, the same area that's made famous by Miguel de Cervantes' epic story, “Don Quixote.” Although one thinks of Europe as being completely developed, there are plenty of places that remain wild and rustic, and that was our impression of La Mancha.

Manchego cheese is sustenance that arises from ruggedness. To contrast, the alpine cheeses of France, Switzerland, and Italy are born of mountainsides and meadows with plentiful grass for cattle to graze on. Sheep—nature's lawn mower—are more resourceful and able to find the smallest tuft of grass sprouting out under a fence. They thrive even in topography where grass is not so plentiful, in areas of uneven rocky soil; such as parts of Greece, Italy, and Spain. This geography had a hand in the development of the cheese cultures (pun intended) of feta, pecorino, and manchego, all made from sheep’s milk. 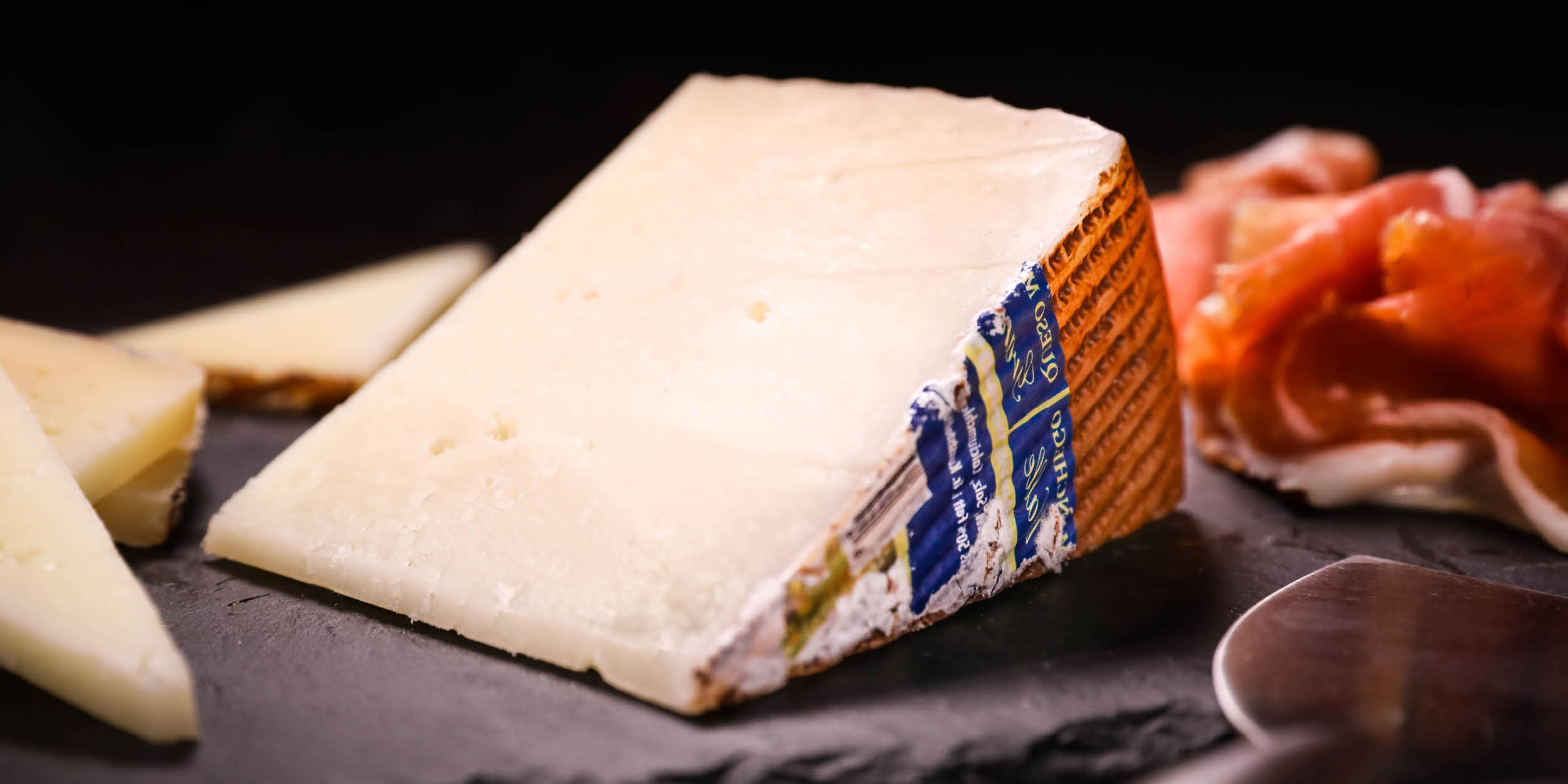 The Gran Valle Manchego is produced at a dairy in the middle of this rustic area of Spain. After a morning's drive from Madrid, we met our importer Thomas Kohlstruck and the owners of the dairy, José Luis Sevilla and his daughters, Amelia and Pilar. As we suited up in the lobby, we noticed numerous international awards on the wall for their exceptional cheeses.

José Luis explained how, by Spanish law, they only sourced milk from local farmers of the Manchega breed of sheep. They pay top dollar for a very specific high quality milk. We were impressed by the cleanliness of the plant, but even more so how the Sevillas apply science to produce a consistent, yet still artisan product. Science comes into play monitoring protein and enzyme levels of the milk, and numerous other factors. The artisan comes alive when you see José Luis furrow his brow examining a wheel, checking its texture, aroma, and flavor.

When we finished the tour, they gave us a tasting of various ages ranging from fresh and moist of a couple of months to dry, intense cheeses over a year old. The professional tasting, washed down with a nice local red, was followed by a lunch in town, then a stopover to see the Quixotic windmills on the hills nearby. Beautiful, enchanting La Mancha will always hold a great memory for us! 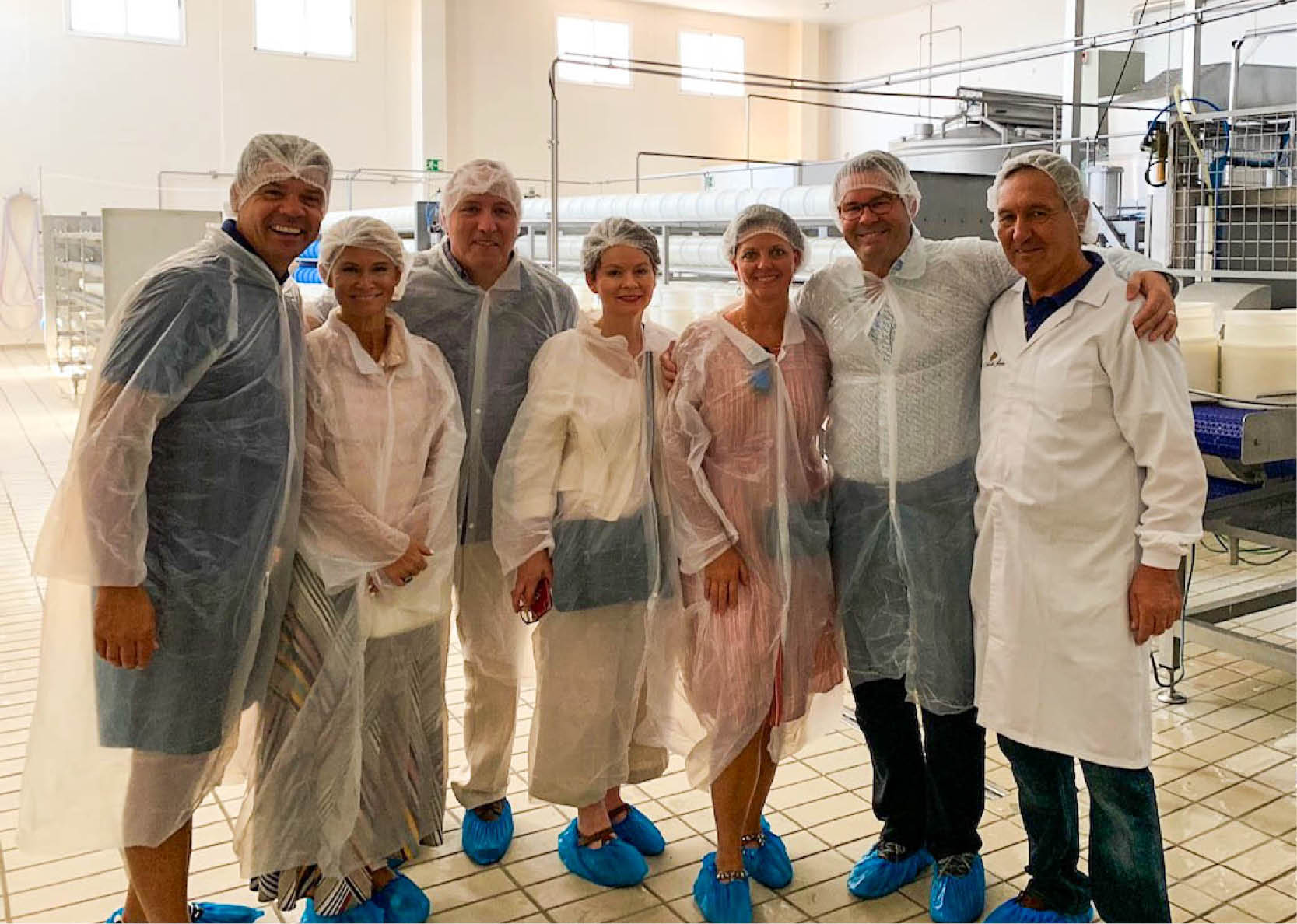 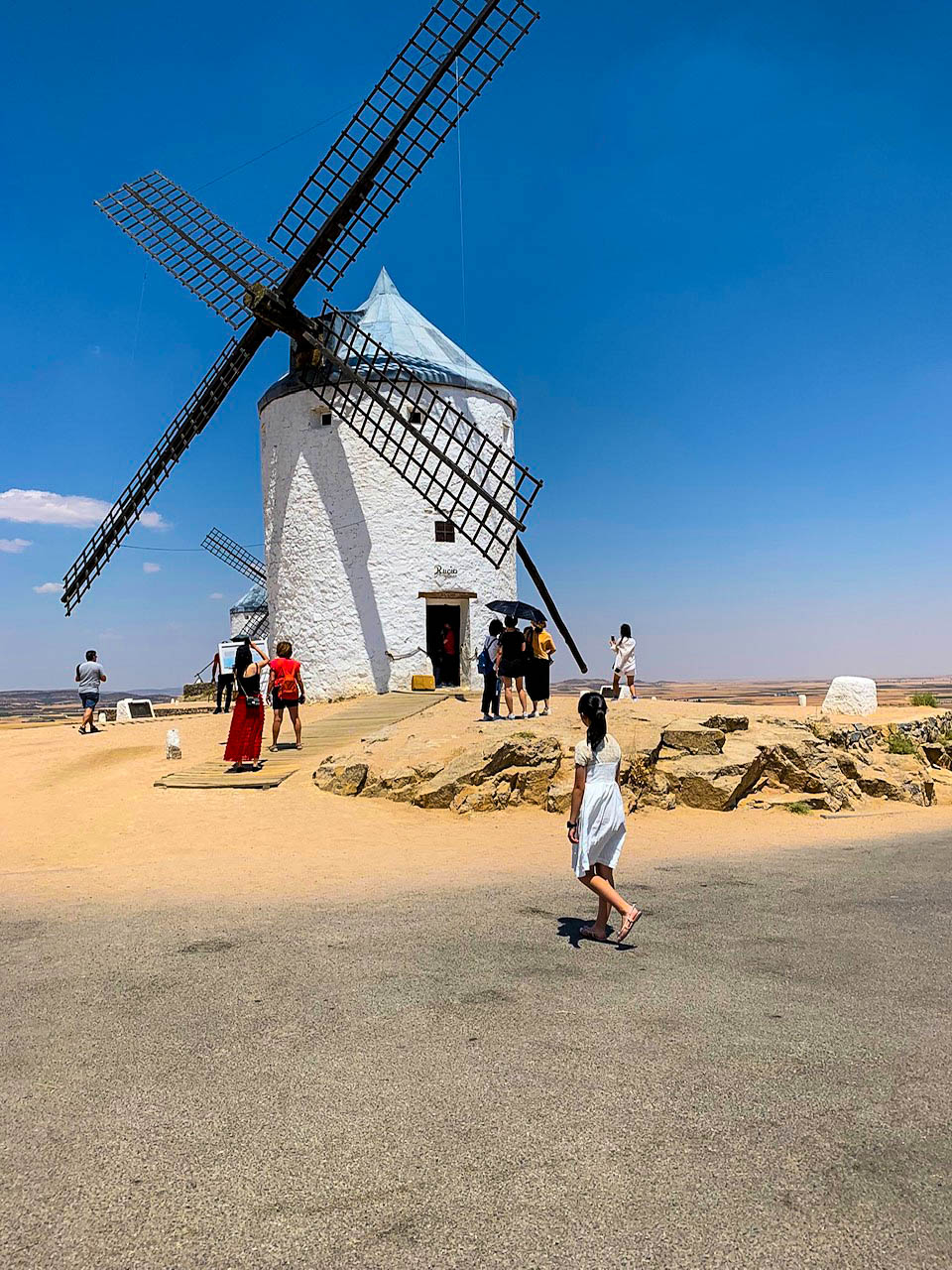 At DLM, we carry three varieties of the Sevilla family’s prized manchego cheese. The three-month is the mildest, good for eating and melting. The 12-month is the most intense and we like it crumbled in soup and over salads. Our favorite is the six-month, which to us balances creaminess and still has complexity and savoriness. Pick up a chunk or wheel from The DLM Cheese Shop, and experience the enchanting flavor of marvelous manchego.