A hidden gem lies nestled in Dayton, Ohio, that gives rise to culinary treasures chefs clamor to have in their kitchens. As we embark into our journey to explore the Guided By Mushrooms growing facility, what looks like a large-scale science experiment begins to unfold before our eyes. In temperature-controlled rooms, tangles of gorgeous exotic mushrooms arise in clusters just waiting to be plucked, from lion's mane and oyster mushrooms to chestnut and more. This is fungiculture before our eyes—the art of cultivating fungi—and it takes true scientists of sorts to achieve such quality exotic mushrooms year round that are coveted by talented chefs. Enter the founding scientists behind Guided By Mushrooms—David Sparks, a web developer, and Audra Sparks, a former educator. Prior to growing mushrooms, the two dabbled in farming, bee keeping, and even aquaponics. 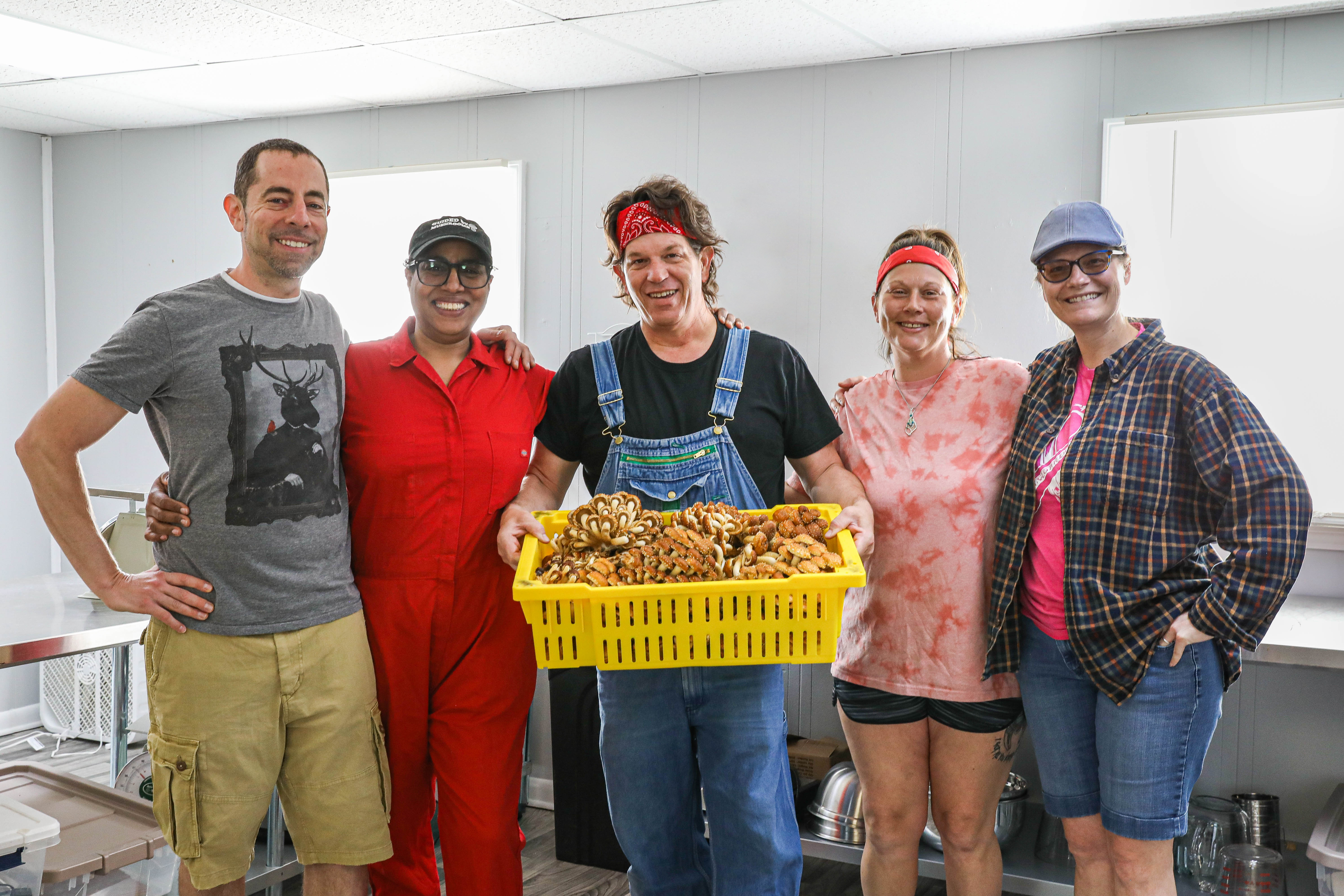 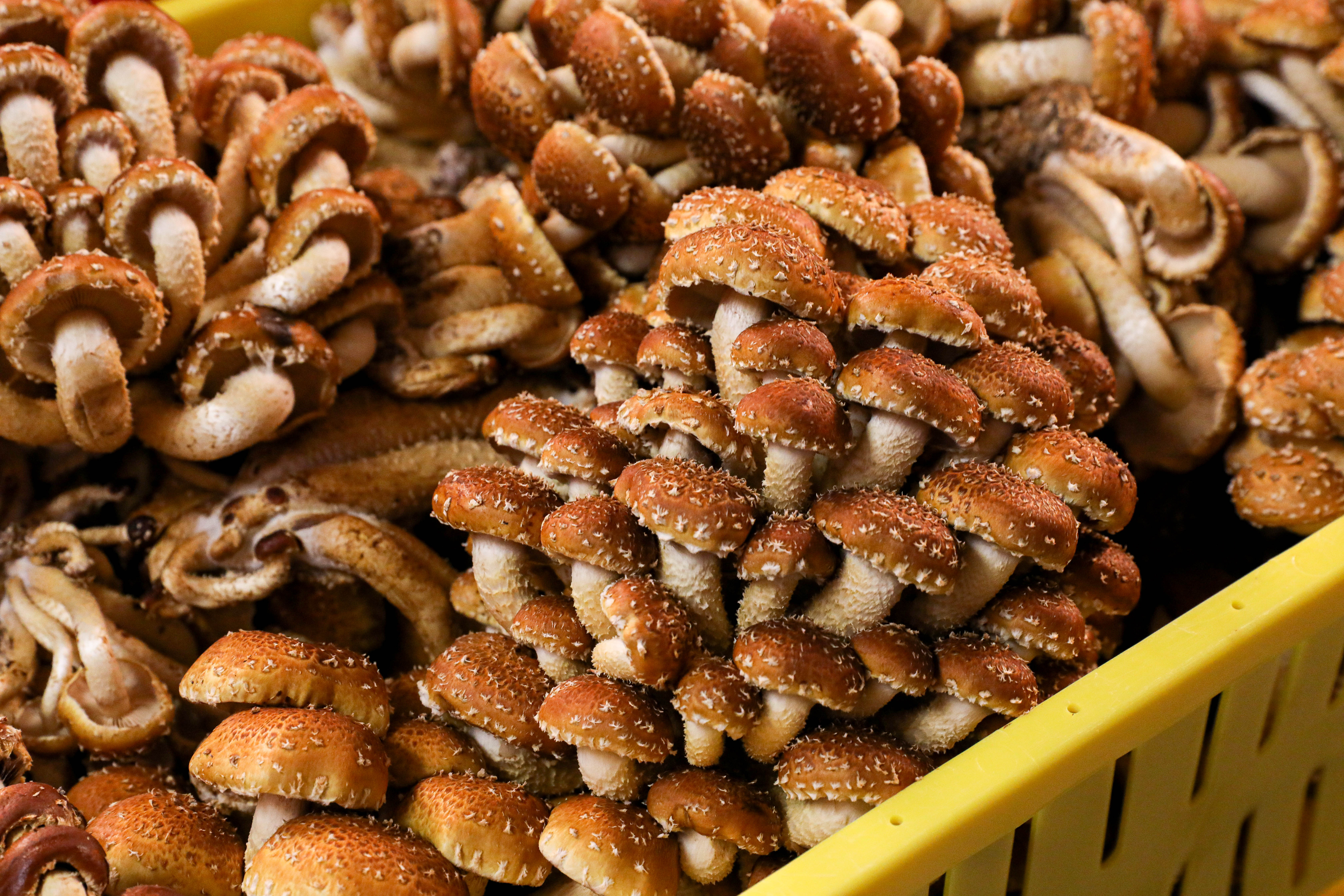 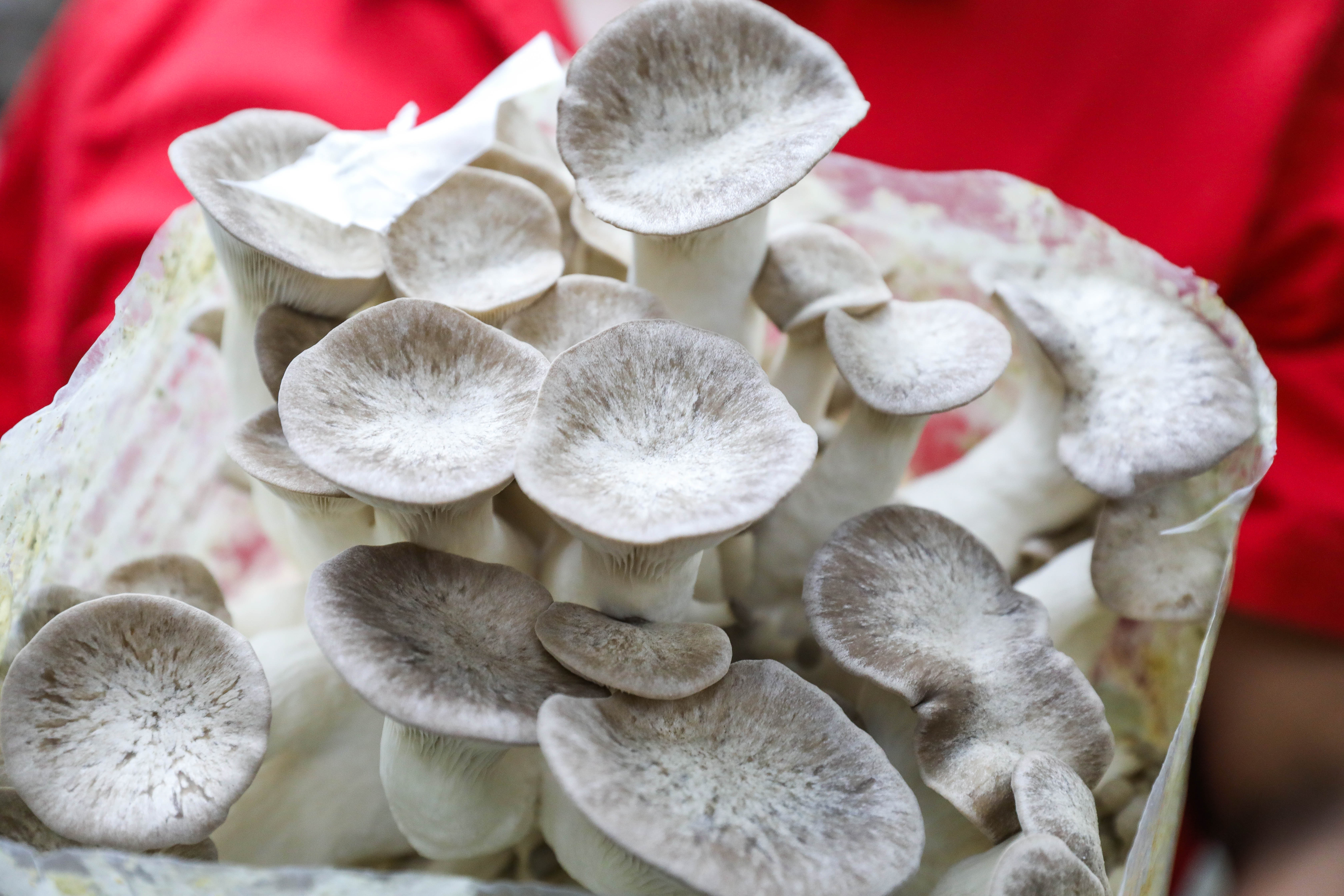 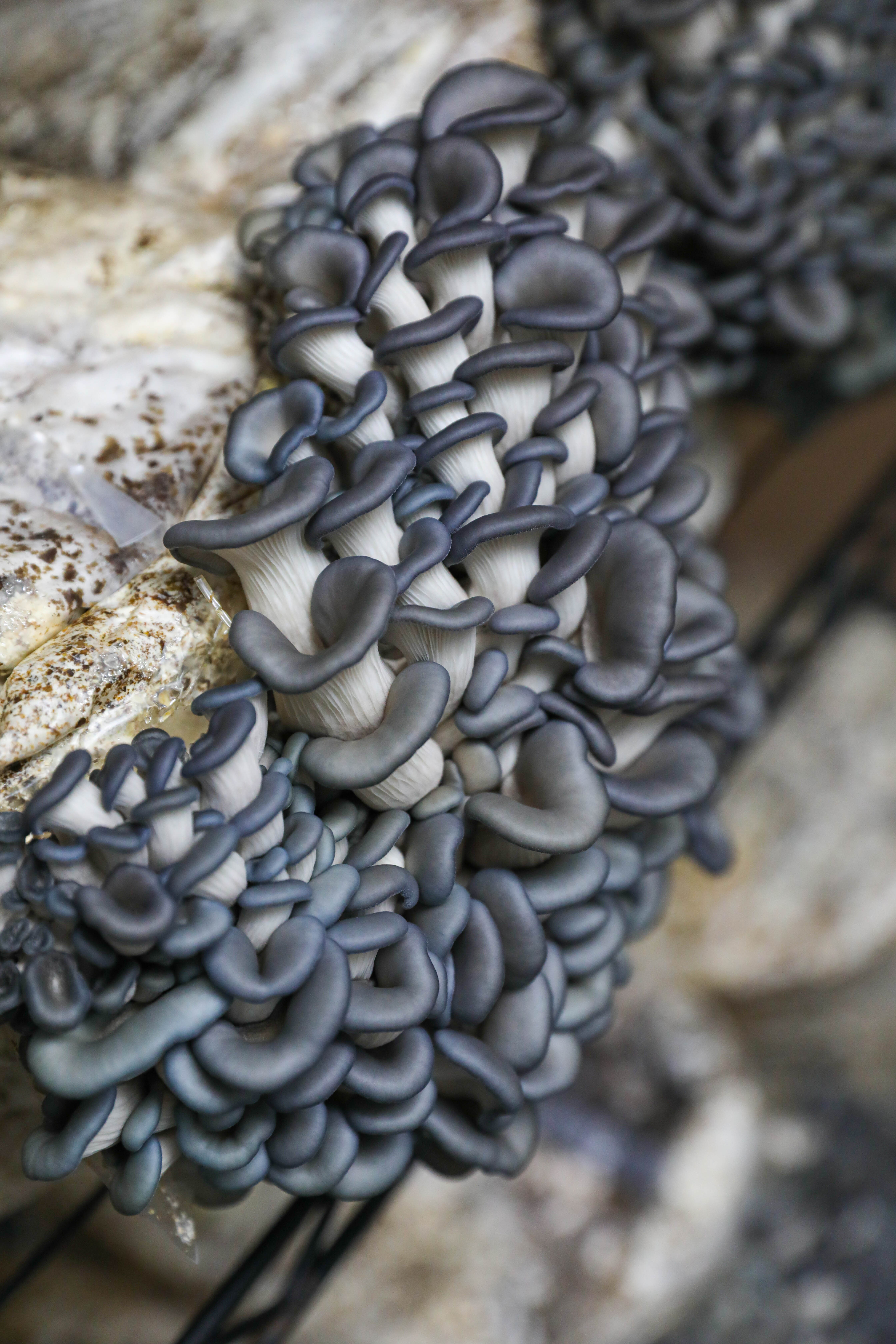 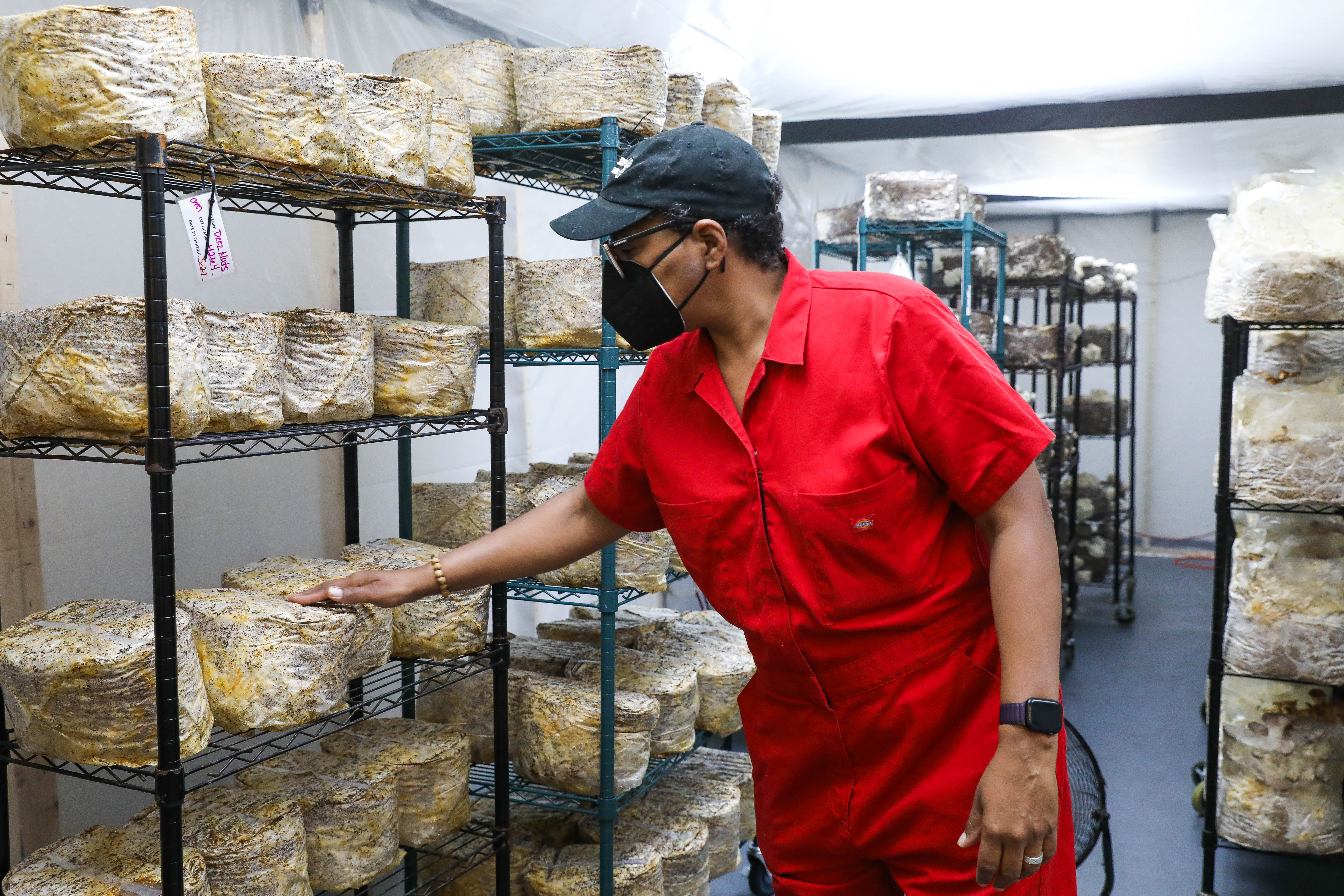 It was when David posted pictures of his first harvest on social media that his chef friends began calling and the business was born thanks to word of mouth. What began as a hobby in their garage in 2018 quickly mushroomed into a full-scale business by 2020 that serves the fungi appetites of local restaurants spanning Dayton, Cincinnati, and Columbus, in addition to our stores. David and Audra both set their day jobs aside to grow their fungi endeavor, and are joined by Michael Goldstick, Audra’s brother, Christina Maynard, and Amy Cox, a retired teacher with a background in biology along with lab experience. Together, they’ve embarked on a journey united by their shared passion. Their mushrooms are harvested daily and delivered to our stores. Now that says fresh! So come and tap into your culinary side and experiment with these gourmet treasures on your plate!

FROM GUIDED BY MUSHROOMS 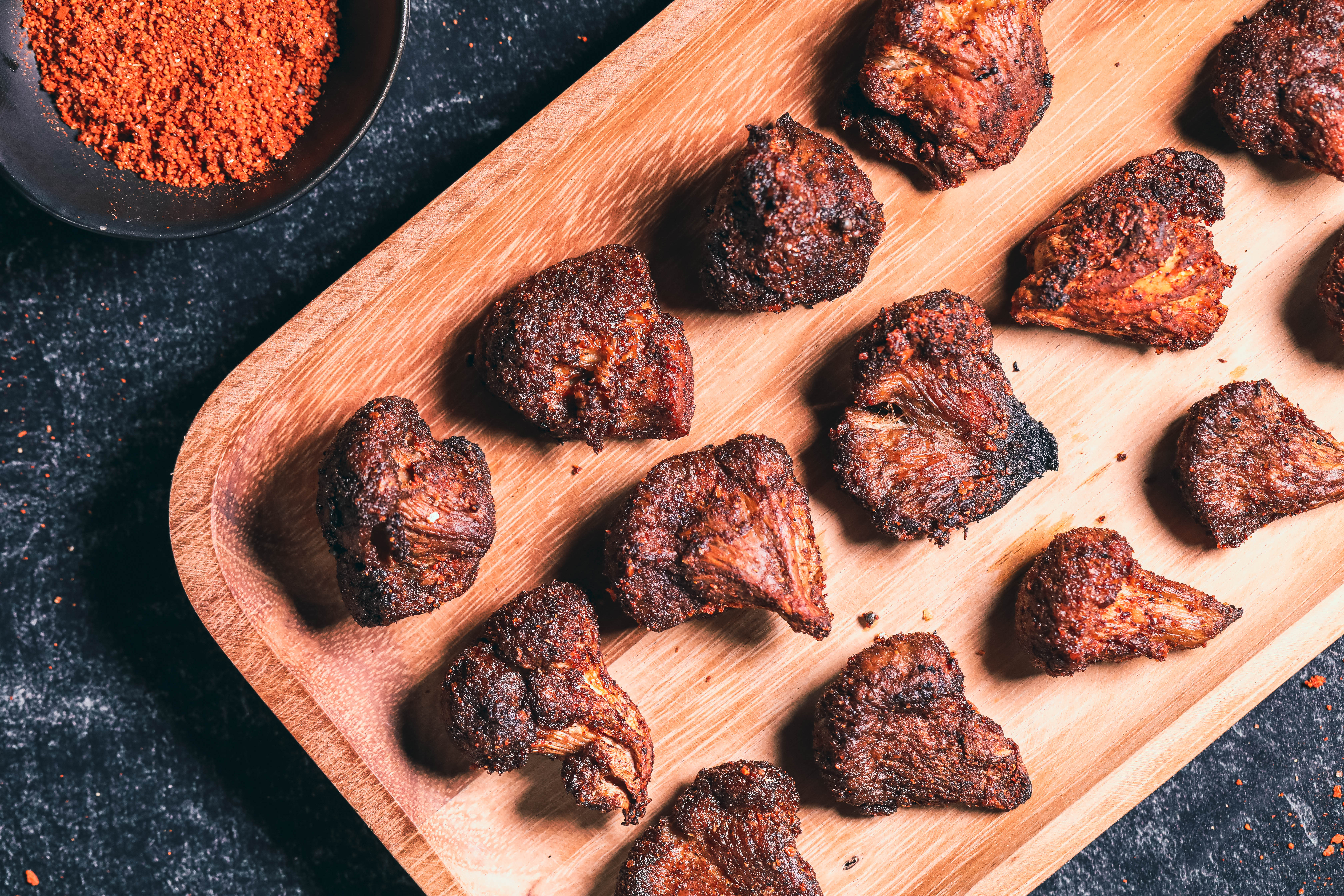 Hi, do you grow and sell hen of the woods (Maitake) mushrooms?

Guided by Mushrooms does not grow the Maitake variety. But DLM does carry Maitake mushrooms from the great state of Oregon.